The fisheye lens is popular nowadays for the surrounding-view and panoramic-view applications due to the extremely wide view angle (180° horizontal and 180° vertical). A surveillance camera with the fisheye lens can view the whole area at one time to have the full situational awareness. Another special kind of lens, called Panomorph, can also do the job and actually outperforms the fisheye lens, and is getting more and more attention in the market.


The integration to the back-end video management system (VMS) is another part which the ImmerVision Panomorph lens possesses a big advantage. The image produced by the fisheye or Panomorph lens is highly distorted, therefore the image de-warping technology is applied to turn the image into the form the human eyes normally see. There are many lens vendors offering the fisheye lens, and different fisheye lenses may have different optical imaging characteristics. Some VMS companies have their own de-warping algorithm and may need to adjust the parameters for different lenses. Others rely on the software developer’s kit (SDK) provided by the camera vendor or lens vendor. Typically the integration takes a long time and is highly business-driven. The Panomorph lens has been supported by quite a few industry-leading VMS companies, which means the user can enjoy the benefits of the ImmerVision Panomorph lens without having to wait for integration. 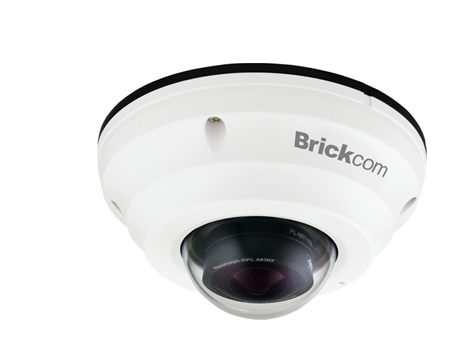